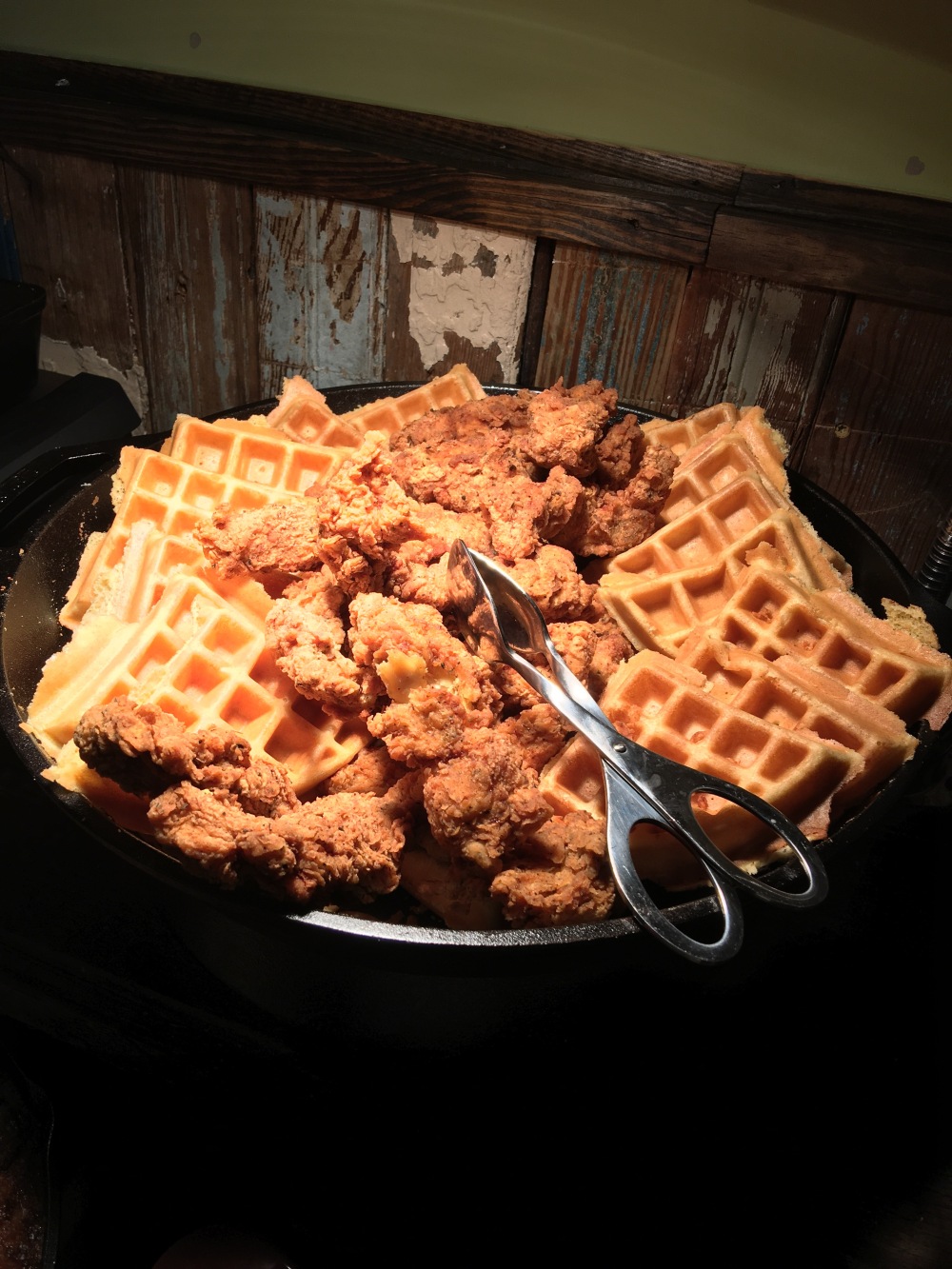 Baton Rouge Brunches Reviews The Rum House‘s Sunday Brunch:
There’s something for everyone at The Rum House brunch. There’s a savory and a sweet station. There’s a breakfast nacho station. And, most deliciously, there’s a breakfast taco station. Calling The Rum House’s brunch buffet a “buffet” just doesn’t seem to do it justice. The staff  is friendly, and the chef is available to make suggestions and recommendations. This is an excellent and well priced brunch that is family friendly and should be hugely successful. 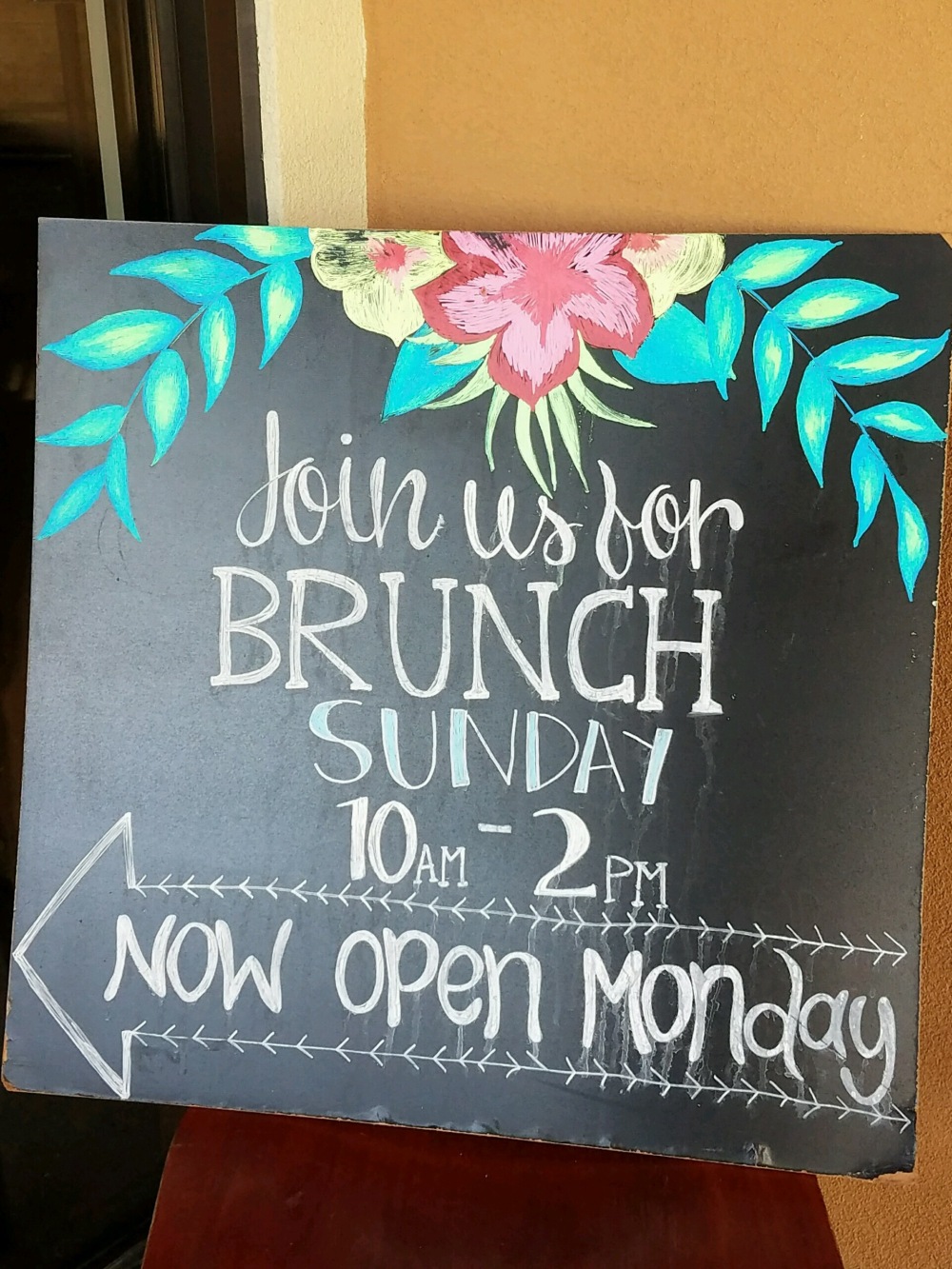 How’s it work? The Rum House is open from 10am-2pm for brunch. Alcohol is served at 11am, with a Bottomless Mimosa and Bloodymarys/Bloodyrum option for $11.95 per person. (Note the menu states that the brunch and bottomless beverages have a two hour limit and you must choose Mimosa or Bloodymary). Brunch is $18.95 per person. You can sit inside or outside. After being seated, you are shown a brunch area which is indoor and next to the outside bar. 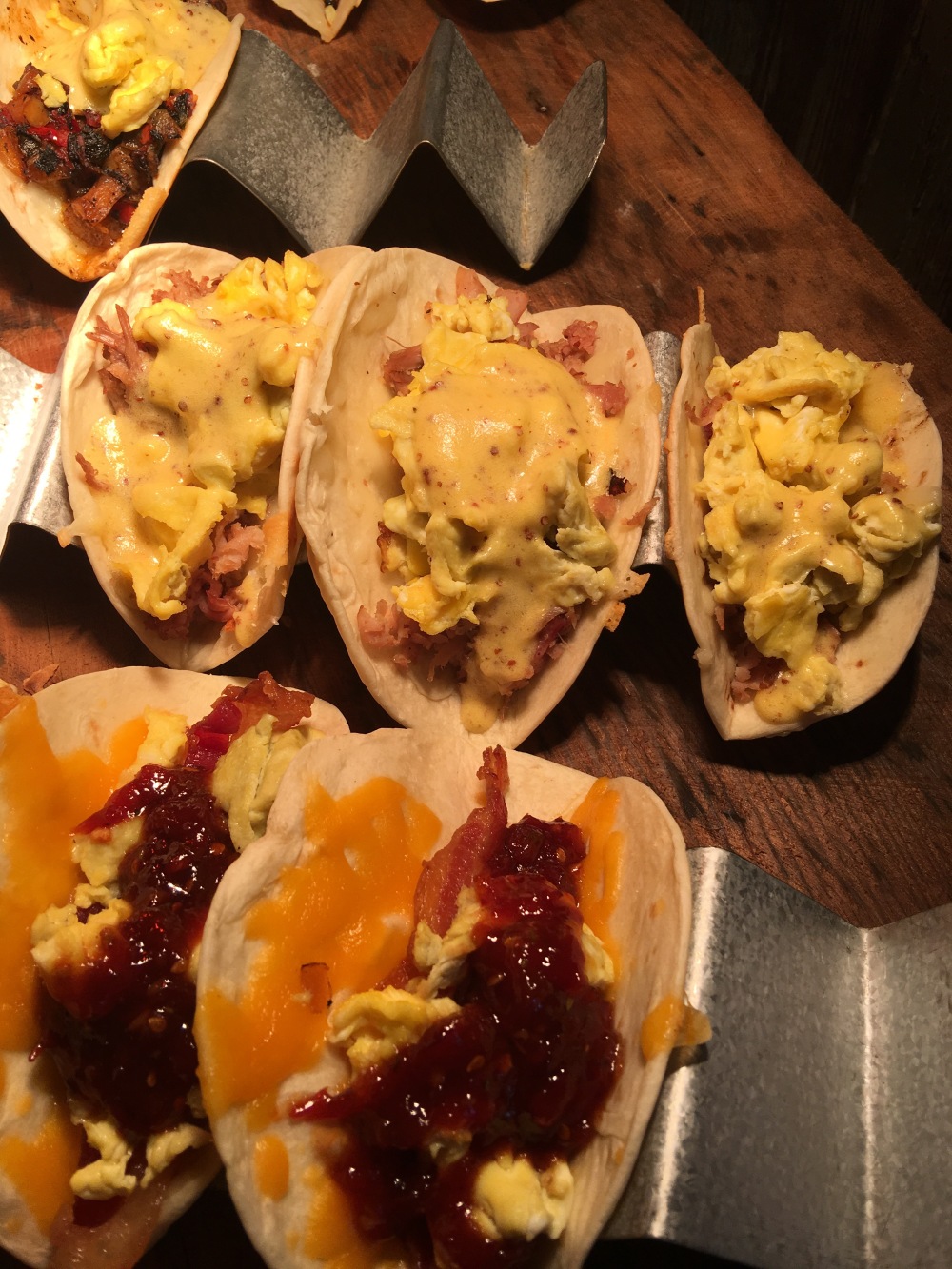 The brunch is buffet style with stations. The first station is a breakfast taco station that has different types of Rum House special brunch tacos. We tried the Steak and Eggs with potato and bearnaise and the Egg and Bacon with cheddar and tomato jam. Both were enormous, soft shell tacos and both were delicious. The tomato jam is sweet and a game changer!

The next station is a breakfast nacho station. Anything you can imagine putting on nachos is there, including excellent guacamole and brisket. The Nacho Station is worth a whirl. 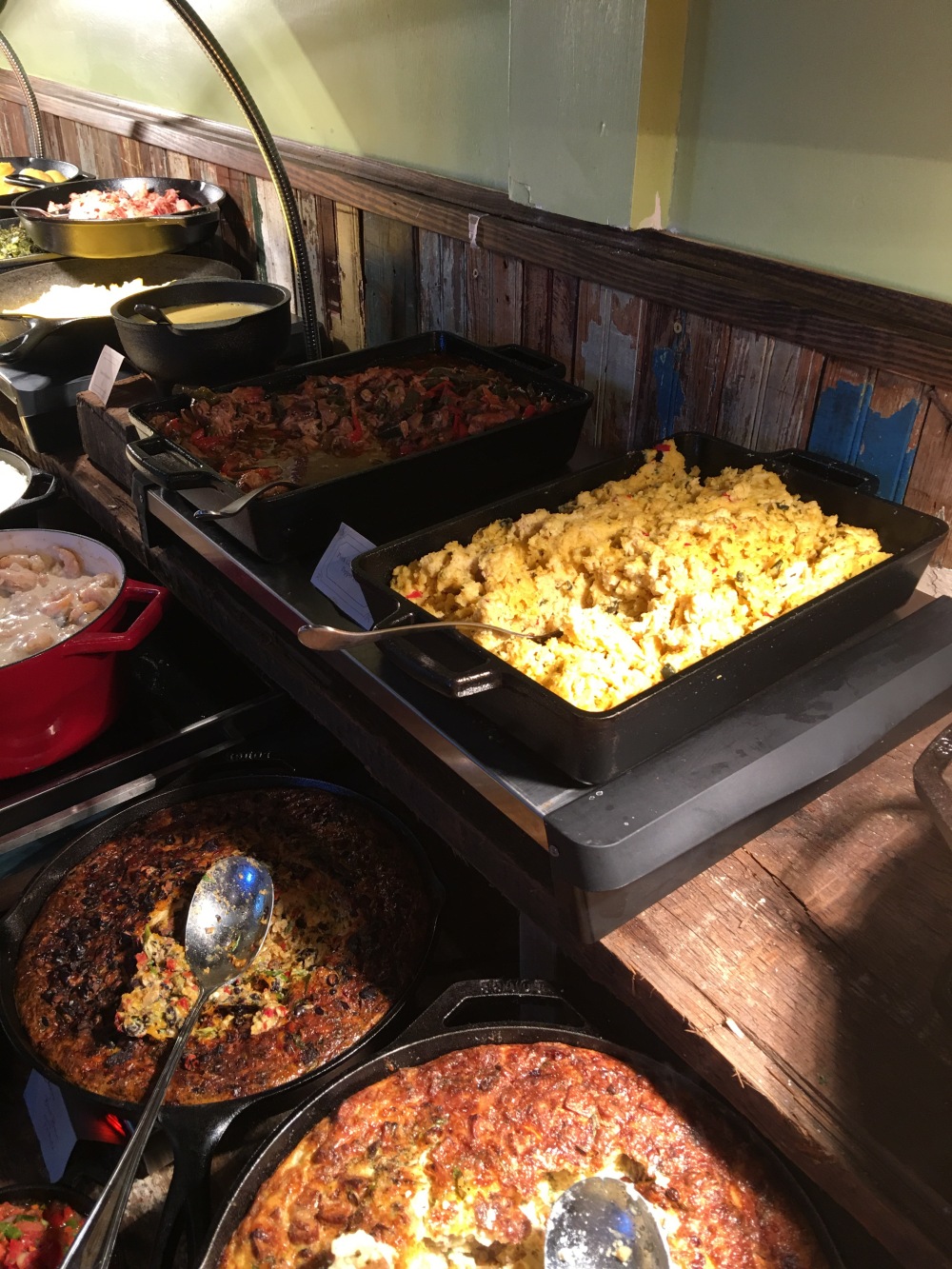 You then have the “Egg Plates and The Goods” station. Savory is an understatement. You must try the chicken and waffle with buffalo maple syrup. You must try the Tasso shrimp and grits. You really should try the brisket hash with sausage gravy (chef’s recommendation). The biscuits and gravy are solid choices. And by the way, that is just half of the items offered at the station. It’s realistic that the savory station might require multiple trips to The Rum House to fully be sampled and appreciated! 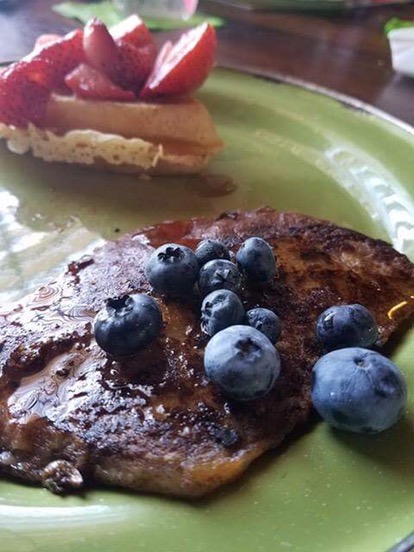 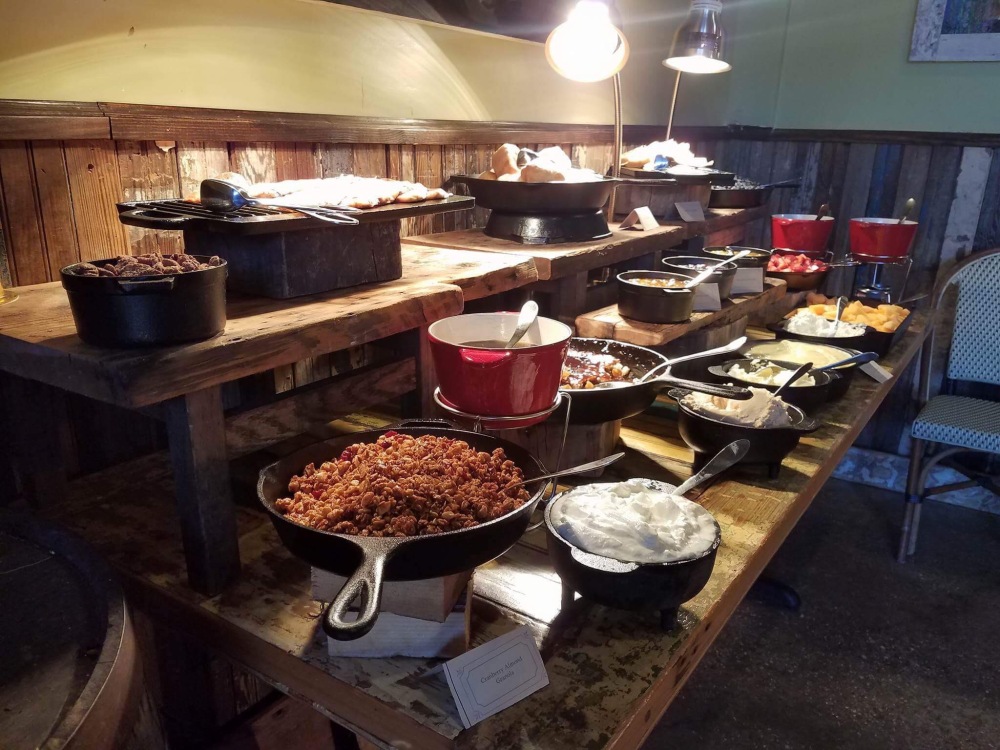 Lastly, there’s “The Fluff” station. The cinnamon French toast was our favorite item of the brunch. There’s also pancakes, waffles and apple cobbler. There are tons of fruit along with maple syrup, vanilla cream, blueberry syrup, and cane sugar whip cream. Biscuits and Texas Toast are also delicious and at this station.

The brunch menu describes all of the items at each station but what makes this brunch special is that the stations allow for your own creativity in mixing some of the ingredients. For example, the chef told us to color outside the lines and suggested putting the sausage gravy on the brisket hash. We used some of the nacho station items with other dishes. The toppings at the sweet station are very interchangeable. There’s versatility and flexibility.

The Rum House told us that their brunch is evolving and this excited us at the future possibilities of what we may be able to enjoy. Frankly, the price makes this brunch a steal of a deal and definitely something worth trying. As we said, there’s something for everyone at The Rum House Sunday brunch. Baton Rouge Brunches will definitely be back!